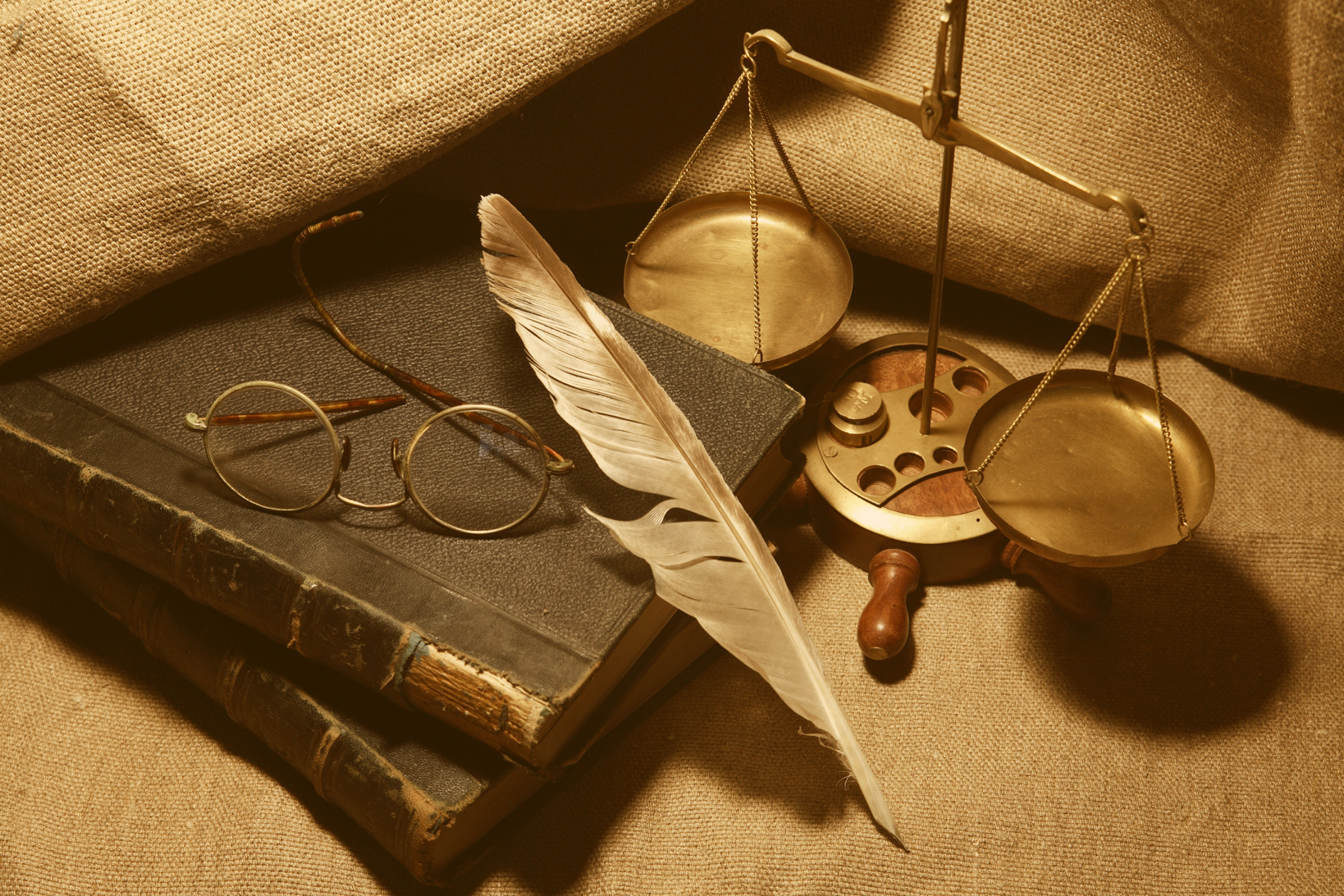 Darkness was cloaking the room. The cold shine of a computer screen barely illuminated the guy’s face and drew fuzzy shadows to the wall behind. Beyond the window, the remains of dusk left a thin purple line above the horizon. It was late. The office was quiet.
Michaels brows furrowed with concentration. He wanted to finish the announcement draft. His fingers flew over the keyboard when suddenly a deep voice cheerfully said, “Hey mate. Still here? You should turn on a light.”
Michael cringed, spun around and looked into the shady, widely smiling face of his colleague Christof. “Mate! You almost scared me to death. You cannot sneak up like this.”
Christof blinked with a mischievous smile. “Why not? I have a reputation to defend.”

We hope you all managed to throw the one ring into the mount of doom in time and enjoyed short breaks of the intense everyday life without carrying unfinished business with you.

Early September is the perfect time for summer vacation and a well earned break. Maybe you found a nice, peaceful and happy little place in the past weeks that served you as a temporary shelter from the rest of the crazy world. Or maybe, you were traveling through your own, imagined world, listening to the gamemasters words and facing challenges that you happily dealt with.
Whichever- we thought it made sense if we dedicated September to a calm, comfortable and peaceful world. And therefore, we declared it to be the month of The Shire (LOTR)

It is time for introducing the next teammate (which we kind of already did in the first rows). Before Christof left to find his own temporary shelter, we met for a short interview. And here he is: the shady merchant.

Michael: Yes, this is what you certainly want in the team of a serious web development start-up – a shady person. Someone dubious and louche. Don’t you think so, Christof? 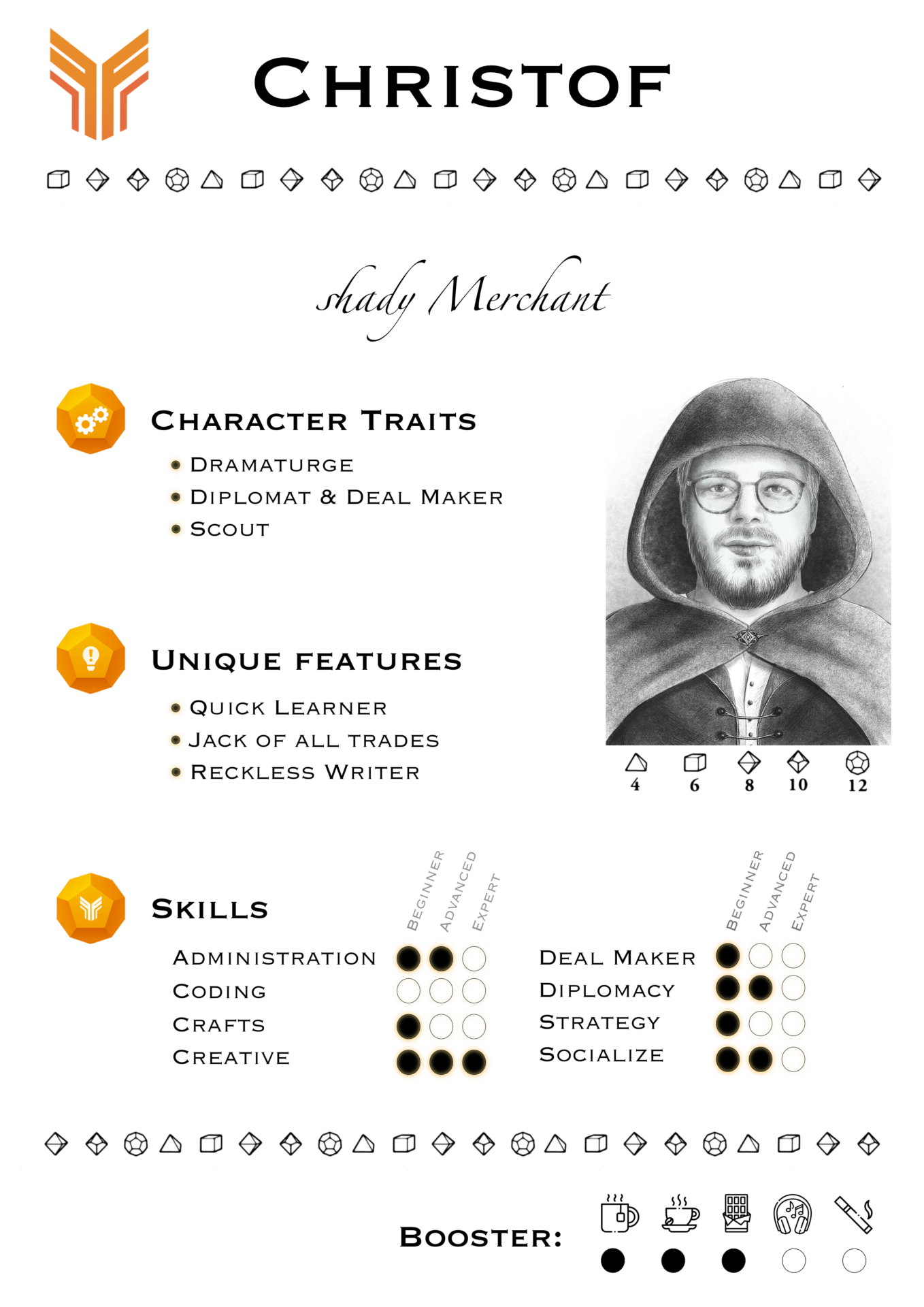 Christof (grinning): Well. Look into the world and you’ll realize that being shady is obviously promising success.

That is kind of a bitter truth but obviously doesn’t spoil your good mood. How are you today?

I’m good, thanks. My summer vacation is coming up. I’m looking forward to having some quality free time away from the computer screen.

What is your main role in the YARPS project?

In short: Except programming I pretty much do a bit of everything.
But I can see by the investigative look on your face that you want a little more detail? Alright… for some of my functions I cooperate with my dear colleagues – like project management, product support or community communications. Others I fill out on my own, like the contact with the YARPS partners and the marketing part. I also wrote most of the tutorial videos for the prototype back in the Kickstarter campaign.

Right, this kind of role variety is typical for small teams like ours. It was back in the Kickstarter campaign when you started using the YARPS web app yourself. Since then, you’ve probably become the team member that knows most about it. Which function do you like most?

Entity linking for sure. I know… that doesn’t sound very fancy. But it’s one of YARPS most important core functions, because it makes managing your world so much easier. It’s not just that YARPS can automatically create a family tree, once you linked a character to their relatives. It really is much more.
Let me elaborate: I’m planning to run a rather dark campaign surrounding a powerful object that finds its way into the hands of the players. (Don’t worry, Michael, I’m not talking about our office group.) I will let them use it for a while, before revealing there’s a price. For every use of the cursed object the players will have one of their senses weakened.
Thanks to Entity linking I can automate this process easily. And because of YARPS’ automatic documentation I won’t have to do any manual backtracking either.

Shady merchant indeed sounds quite dubious. What is the secret behind your nickname?

Well, the merchant part is easy: It refers to my function as online marketing manager which is part of my official job title. The shady aspect comes into play when you look at my career – it’s a pretty winding path with quite a few turns. Back in the day I studied screenwriting. I have worked as a copywriter, assistant director and content creator since then. For a while I even ran the bar in a small local theater, while working for different online platforms and marketing agencies.
When working in the media a classic training isn’t the norm. But I still feel like I snuck into my position somehow. I imagine the “noble guild of digital marketers” would probably have some questions and a long consultation before accepting me. Which they’d had to in the end, because I don’t really get out of breath (or ideas) arguing. Fitting for a shady merchant, right?

Totally. When playing RPGs, do you have a particular passion for shady, dubious characters?

Absolutely. Most of them are bad at what they do, but good at heart. I like getting them into trouble and having to argue their way out of it. This mostly works with a bunch of white lies and lots of charme. Overall I enjoy the weaknesses and quirks of my characters more than their powerful skills (if those exist at all).

Your character sheet states the feature of being a reckless writer – How do you deal with the smoldering rivalry with the harp-for-hire who is an exceptionally gifted writer?

Competition stimulates business! Especially when you are shady. Of course I’m trying to steal all his tricks of the trade.
All jokes aside: I’ve worked creatively on my own before and it was tough. Not having a capable counterpart to talk about ideas sets you back as a creative.
We exchange a lot of feedback while working together – besides being very entertaining, it always helps to give my texts the finishing touch. And I do appreciate this a lot.

Thanks a lot for this really nice interview mate! And I fully agree- having a creative counterpart with skills covering your own weaknesses and a very productive way of exchanging thoughts is priceless. Have a great vacation and see you soon.

Thanks, it was my pleasure.

This is it for today. We will continue the team series next time with a very interesting character: the ambitious blade juggler. Stay tuned for the next announcement!

All the best and enjoy the rest of the month of The Shire,