Introducing: our calm harp for hire

a melting Michael sends you the best tempered greetings.

Almost all of Europe is sweating, hot and arid. When I read the first news articles just the other day, asking whether Europe is now on its way to desertification, I thought of linking mankind’s earth with matching concepts of other worlds. Based on the respective state of our outstanding existence, we decided to award monthly honorary titles. Thus, I proclaim August to be the month of…drumroll…big surprise…ladies and gentlemen…Dune. The desert planet. Looking forward to Sandworm rides. Those will be really cool.

Dear fellows, the month of Dune is dawning and it is time for an update. The YARPS team is sweating and developing. My job is to make your waiting time as entertaining as I can. Therefore, I would like to continue our teammate introduction interview series by presenting one of the most fascinating characters we have: myself.

Michael: Oh come on dude. You can’t write it like this.

Michael: Yes I can. This is my little schizophrenic moment. Hey Michael, can I interview you? Oh, hey Michael. Yes sure, haven’t any other plans right now. Great Michael, thanks for granting me a few minutes of your precious time.

Michael: Ok. More of a slightly narcissistic moment. But ok.

Michael: Alright. Let’s begin with the spontaneous interview then. Michael. You’re a member of the team since July 2021. The team gave you harp for hire as a nickname. Why?

Well. I have two very different roles within the team. The first and major role which claims like 90% of my working time is the role of an administrative management assistant. I am one of two team members who are responsible for anything that has nothing to do with web app development. That means a lot of accounting, coordinating and organizing. The second role is about communicating with the YARPS community. Together with our shady merchant, whose introduction will follow in the next part of the series, I write announcements and answer questions. I love storytelling and clowning around. I am the team’s troubadour. That is why they call me a harp for hire. 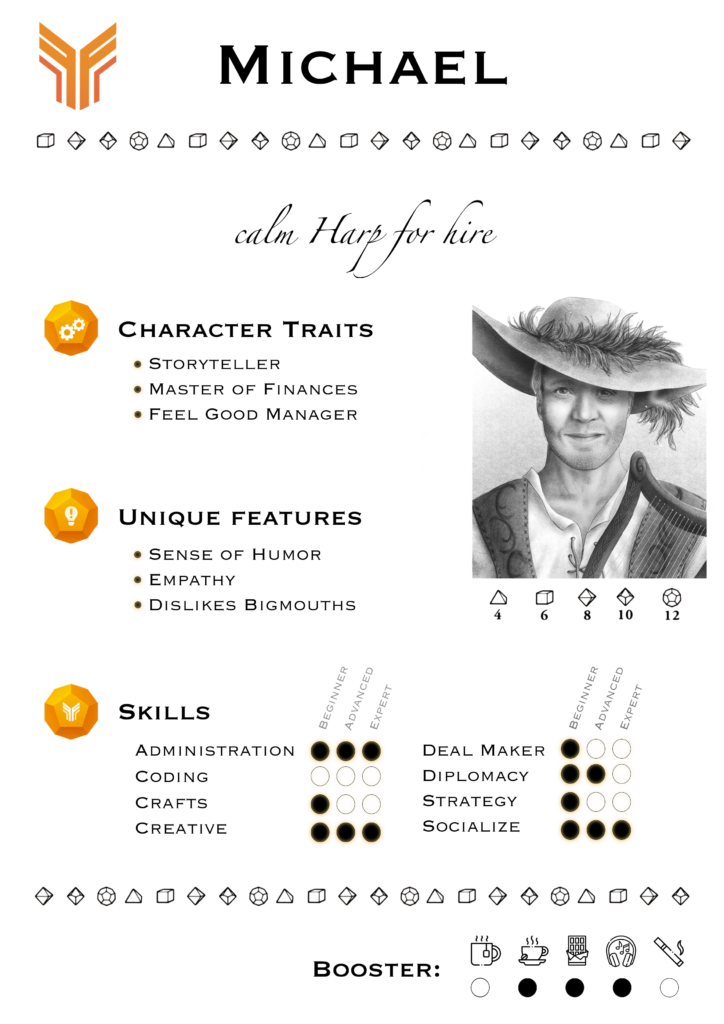 What does writing mean to you?

A lot. I’ve been writing my whole life. I started with diaries, travel reports and simply recording my thoughts. The latter became more and more prominent, since I someday realized that the way mankind populates this planet, plundering its resources, always on the run for more power, cheating and overreaching each other, generating victims and victors in an unfair capitalist system, all this made me sad and angry at the same time. I needed a tool to handle these thoughts and the feelings that inevitably result from the thoughts. For me, this tool was always writing.

So, writing is some kind of escape to you?

I can escape to the world of my thoughts and feelings and channel those in a certain direction, but it is not an escape in the sense of fleeing something. On the contrary, it is a good way to cope with things that challenge me. Each time when I am angry, worried or anxious about things, I can consign them to the letters and rows I write. I can do anything I want, be anybody I want. I can write the world better than it is. And I can change perspective to my own opinions. It helps reflecting, questioning myself and finding solutions.

Sounds magical to me.

Seriously, I think anybody should write from time to time, not for being read by others, but as a mix of playing with words – which means satisfying creative needs we all have – and purging thoughts and feelings from the dark side of the force. And I think that telling the right stories, creating narratives of how things could be or should be, putting confidence, creativity and efforts instead of fear, anxiety and threats in a more prominent place in our society would tremendously affect the way we think and watch the world.

Have you ever written RPG adventures?

No, not until today. I slipped into my first RPG character more than 20 years ago. We played The Dark Eye that time, and my hero was a scald who loved singing, drinking, brawling and skull splitting. Scald kinda things, you know. We played great sessions for several months, but when the group split up due to typical path of life reasons, it took me years until I played again. This was when I started in the YARPS team. But one day, I will maybe give creating and telling a good RPG adventure a try.

If you had to describe the YARPS team with only 3 words: which ones would you choose?

Charming would definitely be my first choice. Everybody in the team is an interesting and lovely character. Skilled is my second. We have people of different professions, but everybody is really good in his or her field. And my third is passionate, since we all like what we’re doing and share a great spirit.

Final question. Our audience is bursting with curiosity. Can you give us a perspective on the current YARPS progress?

You kept the toughest question until the end, didn’t you. Well. As mentioned above, my job is to make the waiting time as entertaining as possible. And there definitely is some more waiting time we ask from our faithful audience. We had several intense discussions in the team about communicating concrete dates for releases and eventually decided to refrain from it. Our work mode is agile, we step from task to task, and each task may contain challenges that take more time than expected. But each time we meet, update each other about progress and current state, it becomes obvious that development is greatly proceeding, learning curves are steep and the will to achieve is immense. When I start conducting the interviews with the developers…

You mean, when I start conducting the interviews with the developers…

Yes. Very funny. When you start interviewing the developers, we will certainly learn more about the technical progress.

Thanks a lot, Michael, for this short interview.

This is it for today. The team series will be continued next time with introducing our shady merchant. And as further appetizers, I have some goodies to share with you. Enjoy more assets from our mindful artist Anna! 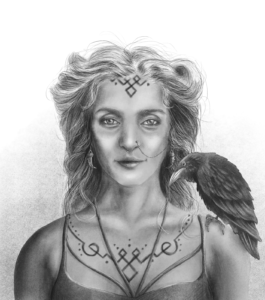 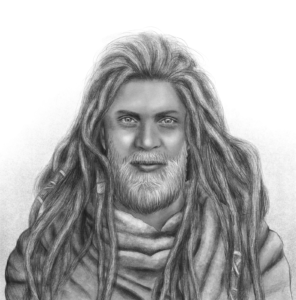 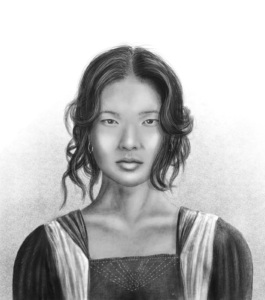 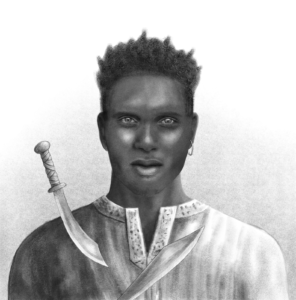 All the best and enjoy the month of Dune,