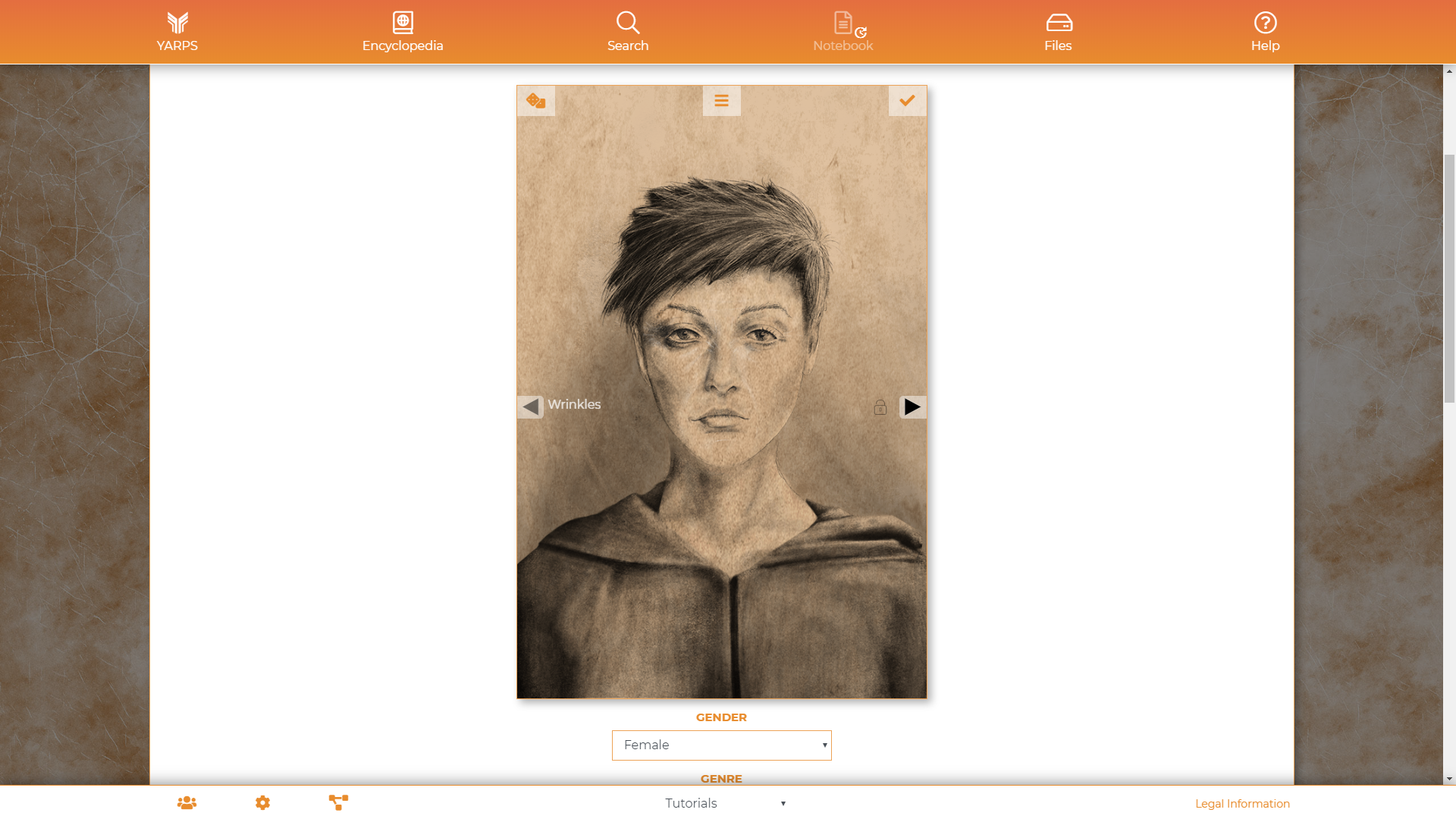 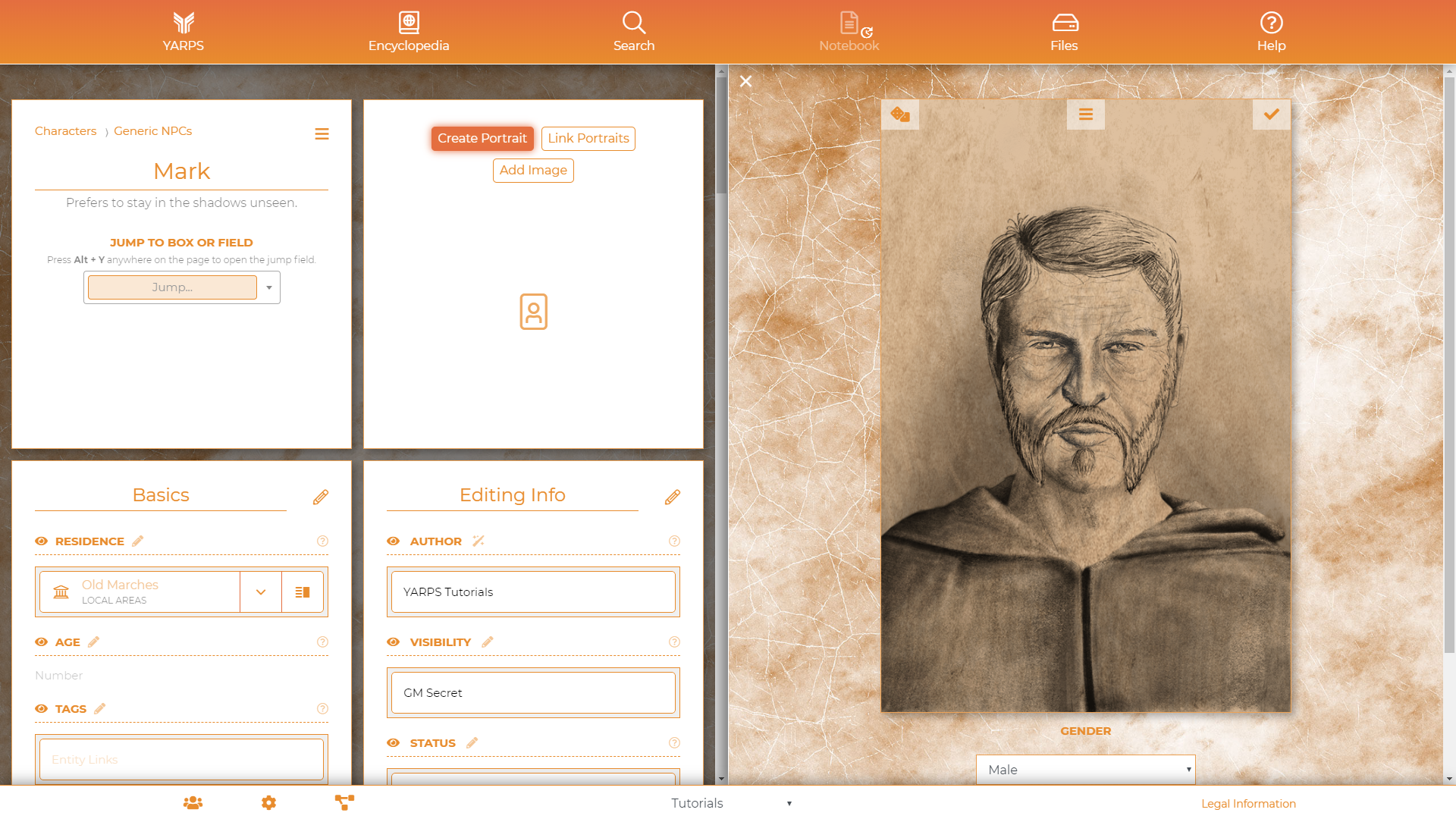 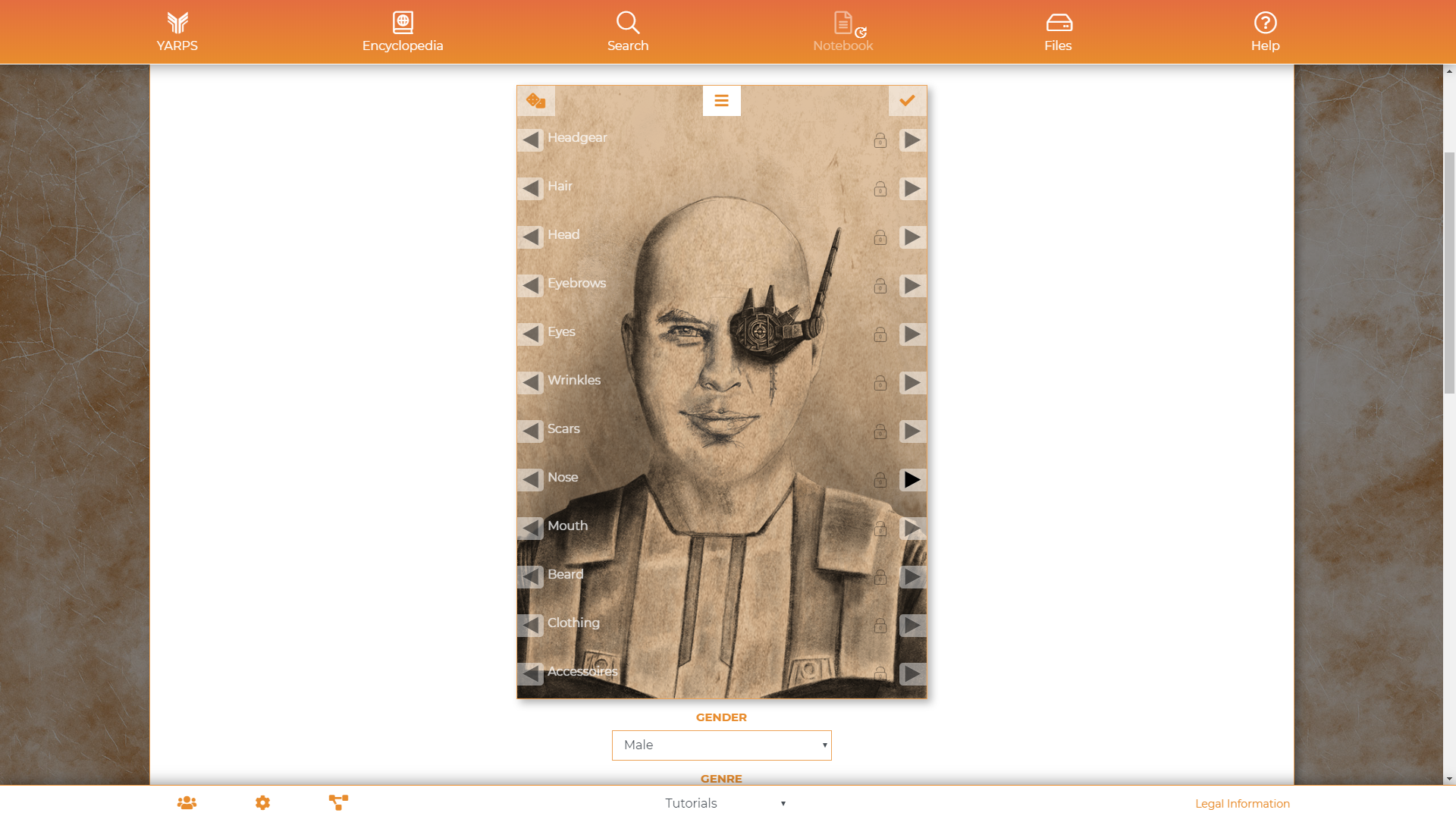 With YARPS you’re building fantastic worlds. To make them more vivid you want to fill them with loads and loads of characters … and not just faceless goons! This neat feature allows you to create portraits for your NPCs, either with intricate detail or quickly on the side.

The portrait generator does what it says on the tin. With this tool at hand you’ll make sure your characters won’t remain faceless but obtain an individuality worthy of your creation. Right now, there are over ten million possible combinations. You can adjust each part of the face individually.

You can also let YARPS generate portraits randomly, thus creating new faces spontaneously. There’s also the option to lock single features if you want to make sure the random portrait wears a certain hat or keeps their vicious smirk. The portrait will be saved and can be linked to the corresponding entity. And since your characters change over time, YARPS will let you change the portraits in hindsight. There’s no need to create a new portrait every single time a character lose their hat.

The YARPS Prototype is available to everyone for free until the final release in Autumn 2020. If you want to get a first impression, just give it a try! Even after the release your work will remain save and you'll be able to keep your instance running for free.