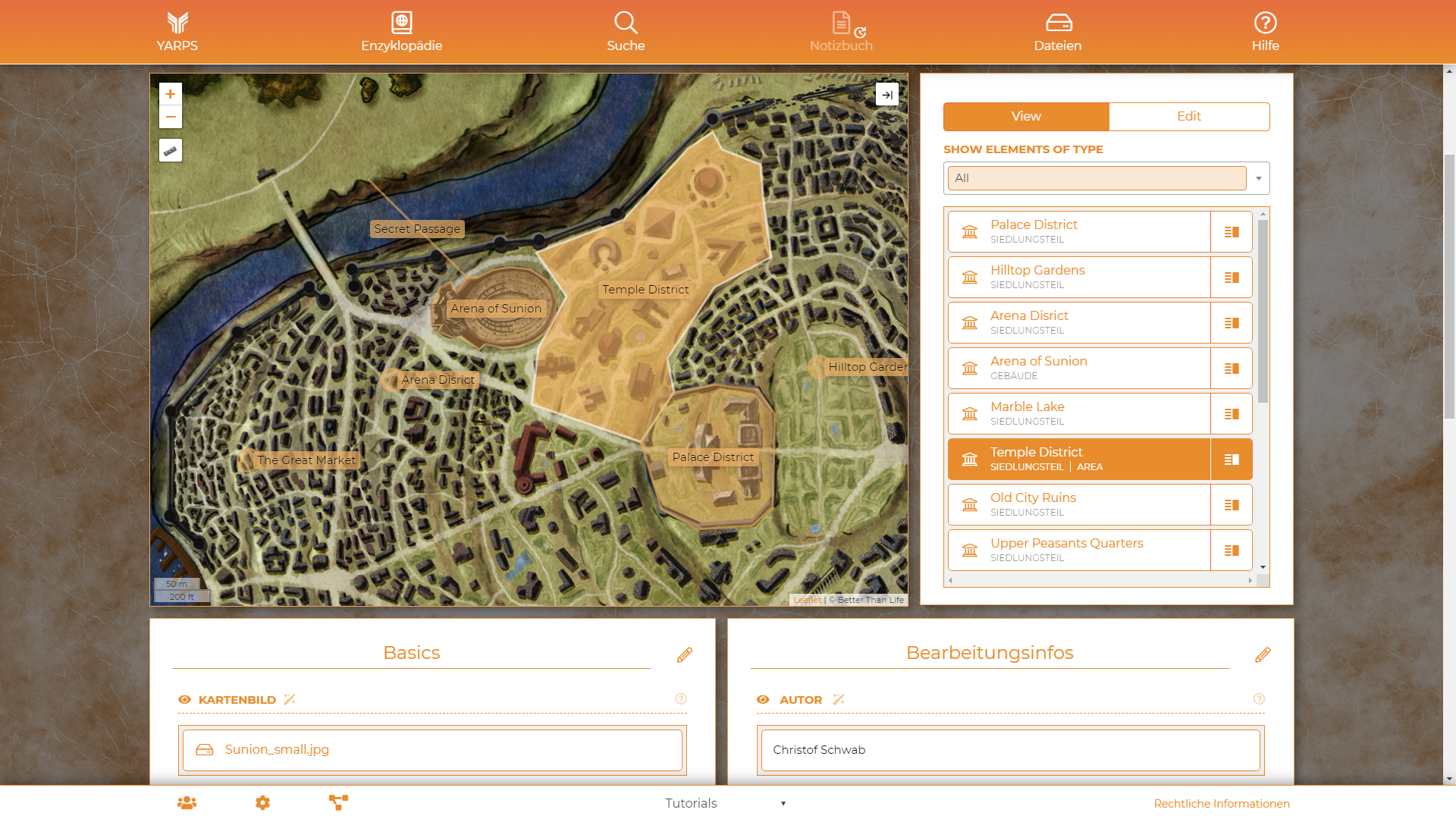 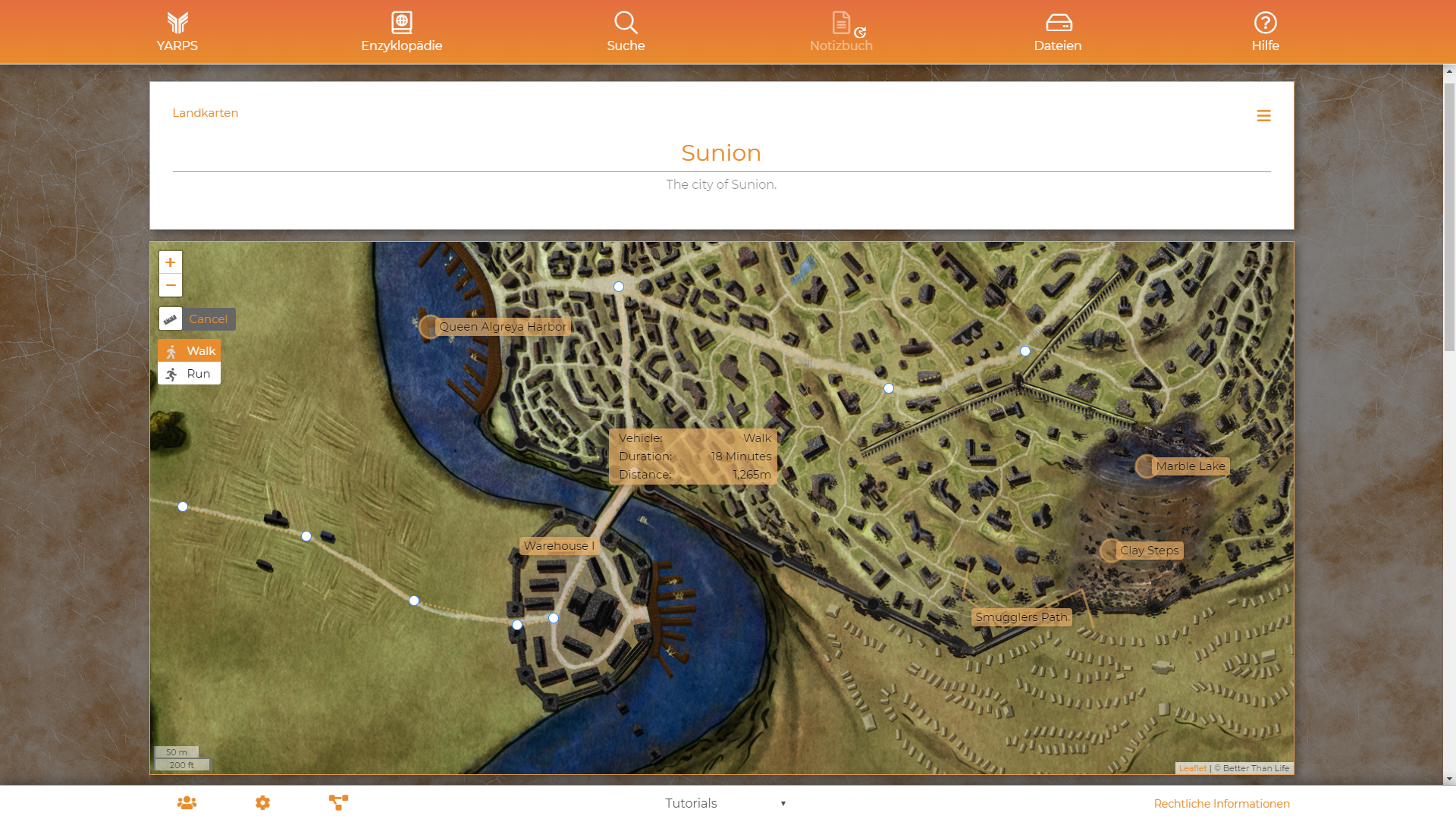 YARPS lets you integrate all kinds of maps, be it a city plan, a landscape, a continent or a whole galaxy. By drawing polygons to separate and mark your maps, you can link all kinds of information into these areas. Lets say you created a medieval city that is divided into several parts: there is the inner ring where the nobles live, there is the commercial district in the east where the merchants do their trade and there is the western slum housing thieves, murderers and – even worse – usurers!

You just draw polygons on the city map and thus easily delineate the three parts. And if you already have a lot of buildings named and devised for the inner city, just do the same one level deeper. Map the buildings on the map of the city part, and so on. The map manager connects the related entities, so you can open a preview of the location with a simple click. If there is no entry found in the encyclopedia for the location you marked on the map, YARPS will not only automatically create it – but also connect it with the appropriate parent locations. This way you will find a cabin on your (space)ship you’ve just drawn in automatically, as a child entity of the same ship.

This is true world-building at your fingertips. Which of these squares is the temple? Which quarter of the city is the holy district? YARPS lets you visualize and contextualize all information. You can also add other layers on top of the map, if you have made the respective YARPS entities. For example, everything north of 8th street belongs to the Bloods, everything south to the Crips. Or you can handle any other information you deem important for either yourself to memorize or for your players to see or uncover. The digital map lets you freely zoom in, move around or filter for special traits and meta information.

Every great commander values the comprehensive intel that a good map can provide. Whether you want to visualize troop movements of large armies or the advantage of a sniper in an elevated position: it’s always good to be able to view the entire battlefield.

Especially for large battles or labyrinthine dungeons, mere descriptions may not be enough. Many roleplaying groups make use of maps at their game tables. Of course, YARPS provides support for battle maps as well. It offers many helpful features for maps on your digital game table. You can hide areas or NPCs the group hasn’t encountered yet (“Fog of War”), or highlight specific map elements via filters. Distance measuring on digital game tables is a very useful tool as well. No need to argue about the position of miniatures that were accidentally knocked over with the ruler.

State of the Art Technologies

The YARPS Prototype is available to everyone for free until the final release in Autumn 2020. If you want to get a first impression, just give it a try! Even after the release your work will remain save and you'll be able to keep your instance running for free.