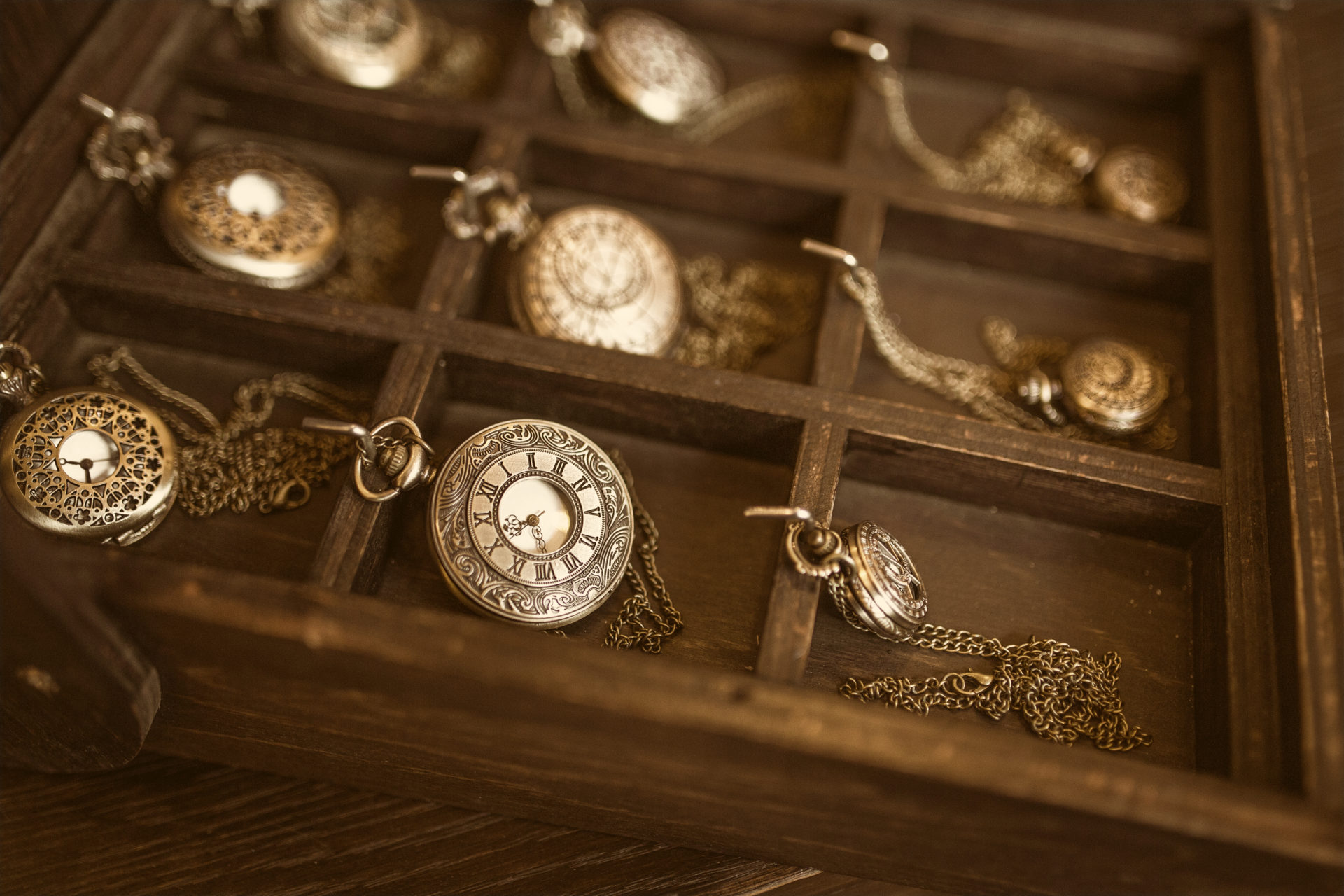 In a world where crises have become the new baseline, I hope you’re all alright and find good ways to juggle all challenges of everyday life.

Just the other day, my sons met with friends at our place. They decided to play knights. Fortunately we have a huge basket with swords, axes, costumes and other disguise stuff. For hours, they slipped into different roles – a princess, a pirate, a knight that became a viking-pirate-witch-kinda character; they made use of powers, interacted, debated and also argued. They never had any trouble with switching between the roles and played it very serious and authentic. Watching them made me think.

Why are we playing RPGs? Is it simply because we kept our child-like play instinct alive and feed the inner child with playing? (Which would, after all, be very smart and definitely contribute to our emotional sanity.) Or is it because we want to escape the sometimes frustrating real world for a moment? (What an adult but comprehensible perspective!)

Besides having fun with friends, RPGs give us an opportunity to be someone else. Maybe with more courage or bravado than we have in life. We can fill our character with all the attributes we are longing for in life but know that they are unattainable.
Or maybe it is because we enjoy the feeling that everything we do does have a direct impact on the world around us. We are mighty. From killing the dragon to raising a friendly smile in the face of the greatest badass in history – the range of imaginable quests in RPGs is endless. But they all do have a secure record in the history books in common.

YARPS will create this record automatically, by the way. But let the expert provide the according information.
Today we interview YARPS’ project manager, our ambitious blade juggler: the amazing Philipp!

Philipp: Good morning Michael. (He smiles and sips at his coffee)

Michael: It’s great to see you, Philipp. I guess asking about entry linking might be a bit too much of a jump straight into the deep end. So let’s start with the juggler. The community is bursting with impatience: Why have you been given the nickname “ambitious blade juggler”?

That’s a good one…(sips again at his coffee)… Since I didn’t pick my own name, nor questioned it until today, this is going to be some kind of guesswork. Yet, it should be quite straightforward:
Concerning the ambitious part, this is most probably due to me showing commitment to the extent where I’m exhausting myself in favor of executing and completing a task the way I expect it to be required. Already indicating that I really dislike when things are not working out the way they are meant to be – or at least I am expecting them to be. So maybe I was therefore attributed to be ambitious in that sense.
The blade juggler is not required to be dissected any further I guess. Managing a project sometimes can actually feel like juggling blades. While being under stress, because you have a couple hot topics in the air and don’t want them to be dropped, you should still be doing the right and necessary things in order to keep things going – whereas “the right things” first of all should be not to grab the falling knives at the wrong end, which would be a harmful and painful thing to do. 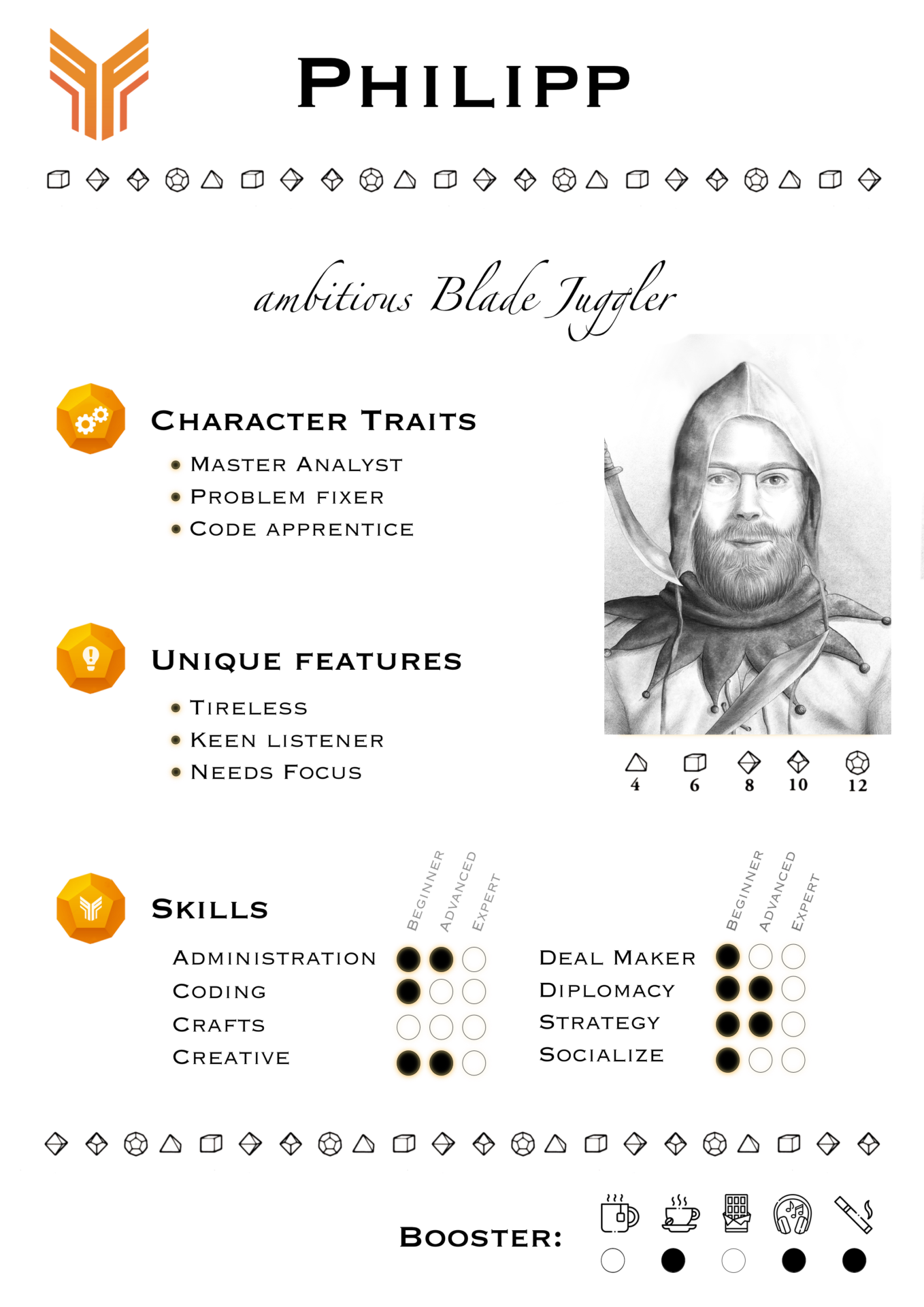 Sounds like we have to keep special attention to your mental health.

Which currently means juggling the especially sharp blades of YARPS. What is your main role in the YARPS project?

Well, in a team like ours, which is not exactly small but you could politely call it ‘manageable’ for sure, it is not that easy to call out a standard role and insist on only covering the tasks related to that. To provide at least a somewhat helpful answer, I think project management as a descriptive, uniformly known, role currently has the most intersections to my daily tasks.
Essentially you could say that I’m considered the Information Hub for the project while enforcing necessary project management methodologies, making sure that our developers can execute implementation of specified features without having too many interruptions in between due to arising uncertainties — keeping things going, you could say.
A second role worth mentioning would be product management. This is less focused on “how and when” things are implemented but “what” is implemented” – basically specifying features and while also prioritizing what feature should be implemented for which release. Side note: There are so many great ideas and potential features in our backlog, quite a bunch are community contributions for which we are grateful, that we definitely have to approach this strategically.
But it would be presumptuous to say that I’m fulfilling this product management role all by myself. A significant part of this is taken over by Christof, our Shady Merchant, who – due to his in depth knowledge of RPGs – is the perfect partner for sparring sessions.

He is not only the most experienced YARPS user in the team, but has also been playing RPGs literally since he was born. We will come back to this further below. So, integrating project and product management in a way that secures quality, coherence and progress is what makes the blades of YARPS this sharp right now – is that what you’re saying?

It is hardly a secret that we are in the middle of the technical implementation of YARPS. Due to my roles outlined before, I’m currently providing our development team with a continuous stream of feature specifications considered ready for them to work on. For most of the time this is not as straightforward as it sounds because for a feature to be considered ‘ready’ there should be no significant questions or uncertainties remaining so that implementation is not interrupted.
Therefore this usually requires not one but multiple loops in terms of discussing a feature’s requirements, gathering and resolving feedback and updating the feature specifications. Depending on a feature’s complexity this can take quite a while and effort. Thus, aside from the usual planning and monitoring tasks that are associated with project management, this is currently the main scope of tasks I’m working on for YARPS.

Thinking of the amazing feature of entry linking which I mentioned in the beginning (and to which we will pay particular attention in an upcoming announcement), which feature of YARPS excites you the most?

I usually pay attention not to fall in love with a solution but the underlying problems this solution solves. While I consider problems – the relevant ones at least – to be quite resilient due to external factors, solutions can change due to new or updated technologies for instance, which is quite common.
All of YARPS’ feature sets will solve a unique and relevant set of problems and in its sum can become a valuable enrichment for classic and digital RPG communities. I feel like the unique value of YARPS is definitely not about being a set of loosely gathered tools (features) but a highly integrated solution for RPG players, which is what excites me the most for sure.

Wonderful metaphor for a group of heroes in an RPG: not a bunch of loosely gathered characters but a highly integrated fellowship of experts in quest completion. That of course reminds me of the RPG team session we had last year. It was the very first time you played at all. How was it?

(reflects while sipping at his coffee. Memories raise a smile in his face) This session came with a boatload of impressions. Especially if you consider all of the different perspectives you could take evaluating the experiences against YARPS.
For me personally it was a little overwhelming in the beginning as I had no prior experience with participating in a RPG session. Not because of the story being too complex or dense but because I was fighting with settling into my role.
In the first hours this rendered my character to behave quite ‘artificially’ because I tried too hard personifying my character, overthinking most of my actions. Afterall, when I got used to it a little better, things got more spontaneous and fluent. Figuring that this session could have multiple sessions to follow telling the story even further, whereas such a follow up can have quite an offset in terms of time, I definitely am looking forward to YARPS providing players an overview about the previous sessions’ progress!
Surely a – if not primarily the – reason why I could enjoy this journey so much is of course our game master (our Shady Merchant) who not only managed to tailor a captivating – and thankfully forgiving – story for us, but also led us through the storyline in a subtle way while making it easy to immerse into it. A unique craftsmanship worth recognizing!

That is definitely true! And who knows; maybe we can get Christof to share this story with RPG fans all over the world the day when YARPS is released. Thanks for granting me some of your precious time, Philipp!

This is it for today. We are planning an announcement with an extra focus on the fantastic YARPS feature of entry linking and will of course continue our team series. This time I will keep it a secret whose introduction will be the next one. But it will for sure be one of the developers – so stay tuned!

All the best and enjoy playing,